Depending on what you want to get out of your trip to Africa, the first thing you’ll need to know when planning is the best time to visit. Peak safari season doesn’t overlap with peak summertime on the beaches of Cape Town, for example.

Africa typically experiences two seasons: wet and dry. The climate during these seasons varies dramatically according to a region’s landscape, altitude and proximity to the coastline. Wildlife behaviour, park accessibility, average temperature and beach appeal are all affected by the rainfall – or lack of it. Here we break down the best of Africa by month, so you can easily check your wishlist against your calendar. 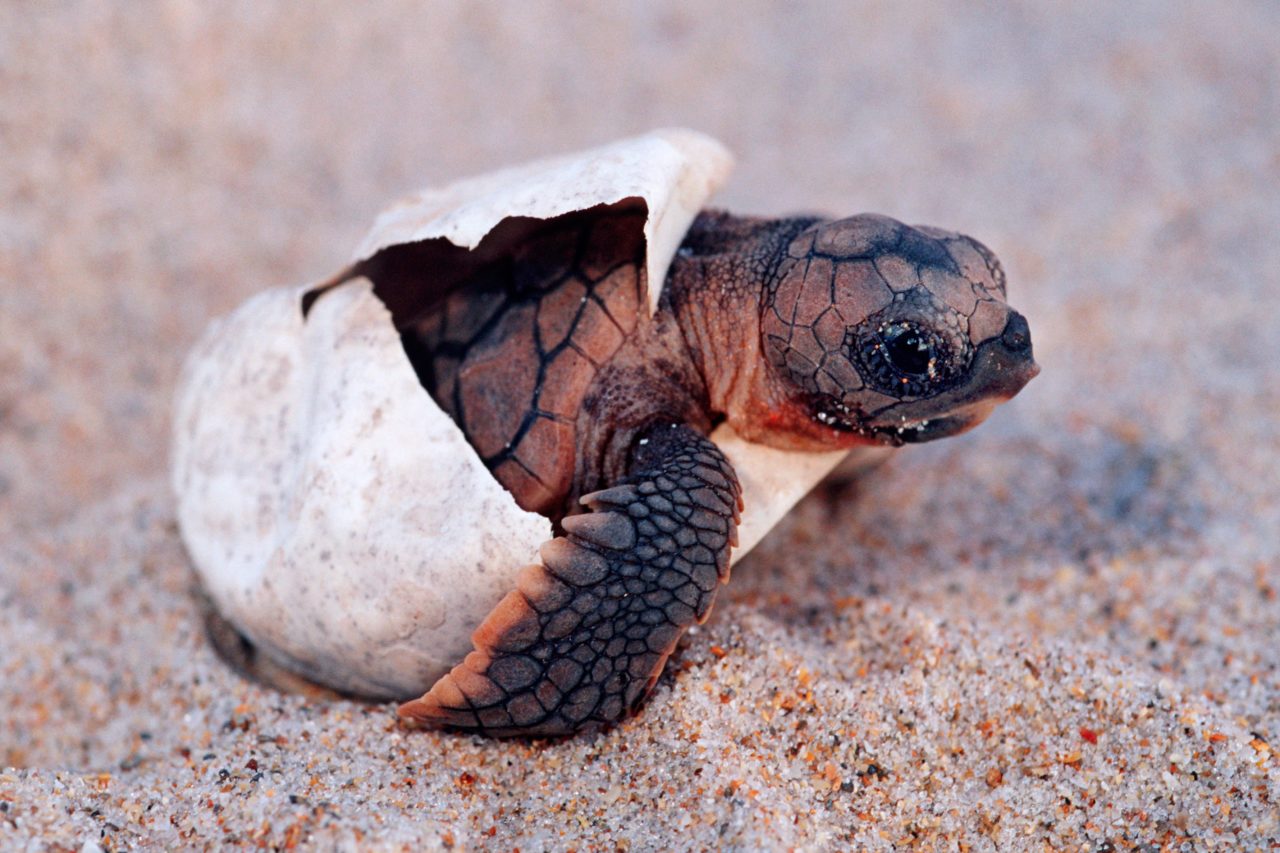 During the first few months of the year it’s Tanzania’s time to shine. January and February ushers in the season of new life with the rains, as wildebeest congregate in the southern Serengeti to birth their calves amidst the lush grazing. Tanzania beach holidays also prove very fruitful as in addition to dreamy beach landscapes, whale shark sightings are abundant between November and March off Mafia Island. This is a great time to bypass the mobile camps that track the Great Migration and head to the northern Serengeti – fewer crowds mean a more intimate safari experience. 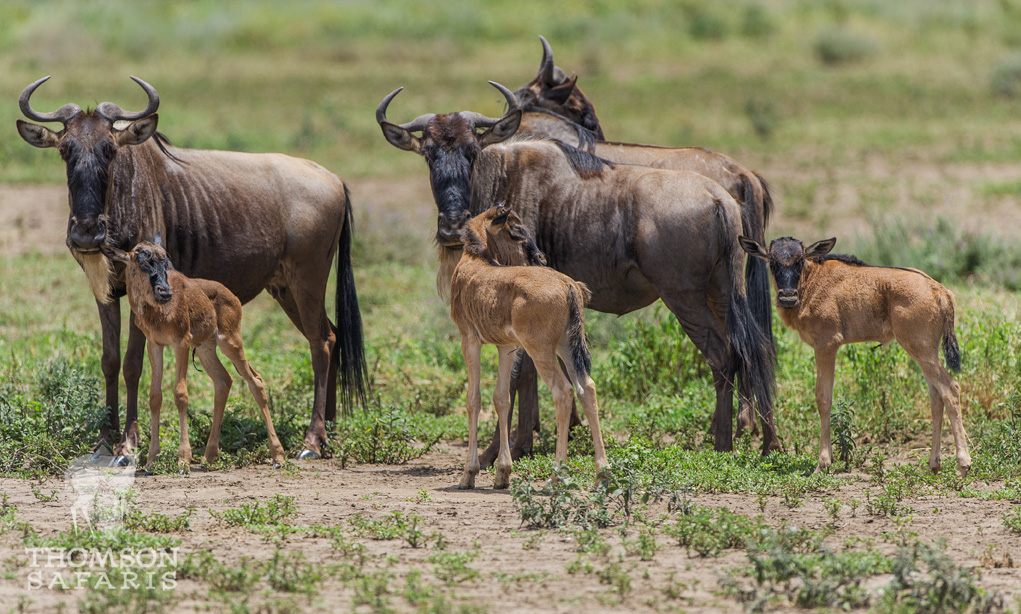 Starting in November, sea turtles begin nesting and laying their eggs on the sandy shores of St Lucia in KwaZulu-Natal. After a two month incubation, the baby turtles hatch during January and February and make their way down to the ocean for the first time. A sea turtle safari is an emotional experience.

And let’s not forget Cape Town, with its glittering beaches, beautiful people and sunshine for days. This is peak summer and the best time to visit the Mother City, especially towards the end of March when the winds finally subside. 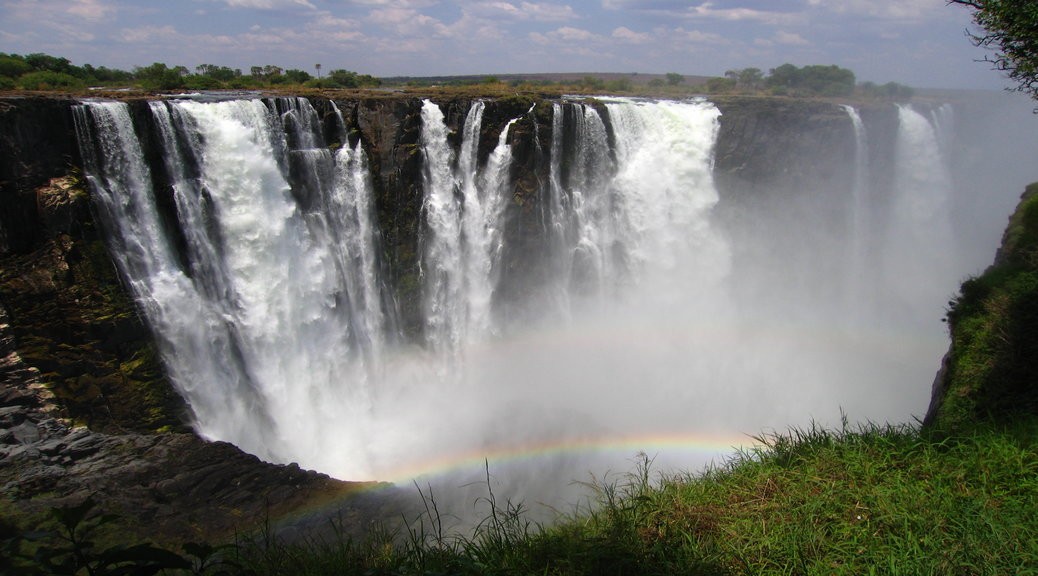 As temperatures cool in southern South Africa, the summer rainfalls in the central and northern parts of the country come to an end. This ushers in the dry months that mark the beginning of safari season in the Kruger National Park. During the dry months, vegetation in the bush is sparse, allowing you maximum game viewing opportunities.

Further north in Botswana’s Okavango Delta, the flooding season begins. Rather surprisingly, the Delta floods during Botswana’s dry winter months from June onwards. Animals are drawn to its rising waters, providing a spectacular showcase of one of Africa’s largest concentrations of wildlife. This is when you’ll want to book that hot air balloon ride over the Delta for the most epic views. 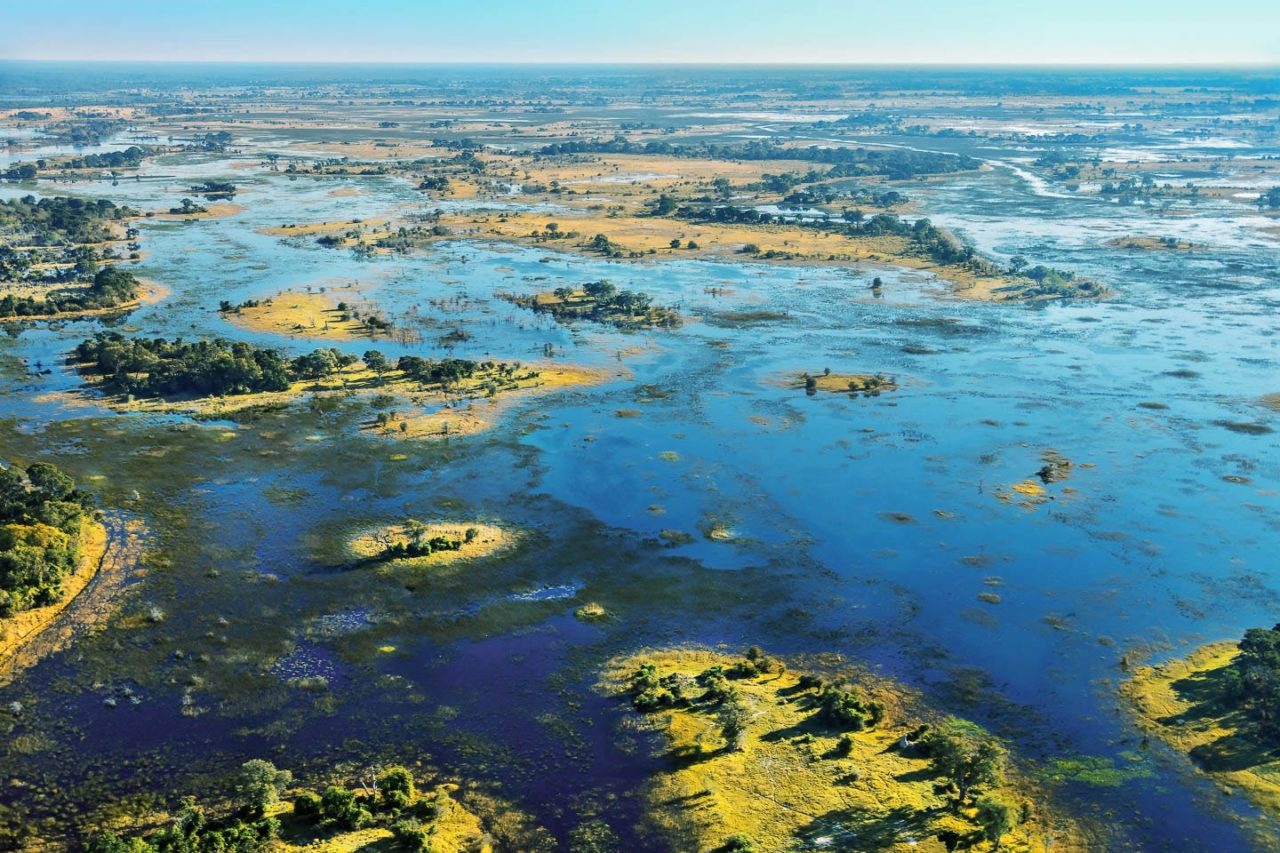 May also marks the end of the rainy season in Victoria Falls, which is now at its fullest and arguably most spectacular. The sheer force of the water drives a column of spray high into the air, drenching the edge of the Falls in a fine mist and giving rise to its traditional name, Mosi-oa-Tunya or ‘The Smoke That Thunders’. During these months you won’t be able to swim in Devil’s pool or go river rafting down the Zambezi as the flow is too strong. These activities are on offer during lower water levels after July.

Mozambique becomes very popular from May until November as temperatures cool and the rains and cyclone season of January and February have passed. You can still lounge on the beach all day, you’ll just be doing so in moderate temperatures in the mid-20s instead of high 30s. The Bazaruto Archipelago is best for snorkeling and diving at this time of year, as there’s less wind, fewer storms and the current is not as strong. 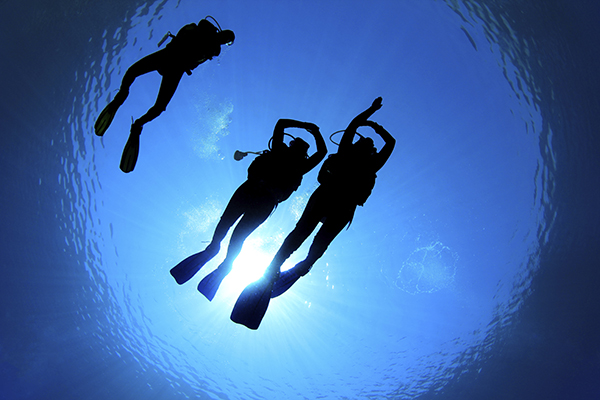 Grab your binoculars and book your seat on a game drive, because July to September is peak safari season. The bush is dry, vegetation is sparse and the cooler temperatures mean more animal activity. Your chance of spotting game is best when the animals gather around waterholes to drink. This is a good time to visit with kids as malaria-carrying mosquitoes are mostly dormant during the dry weather. 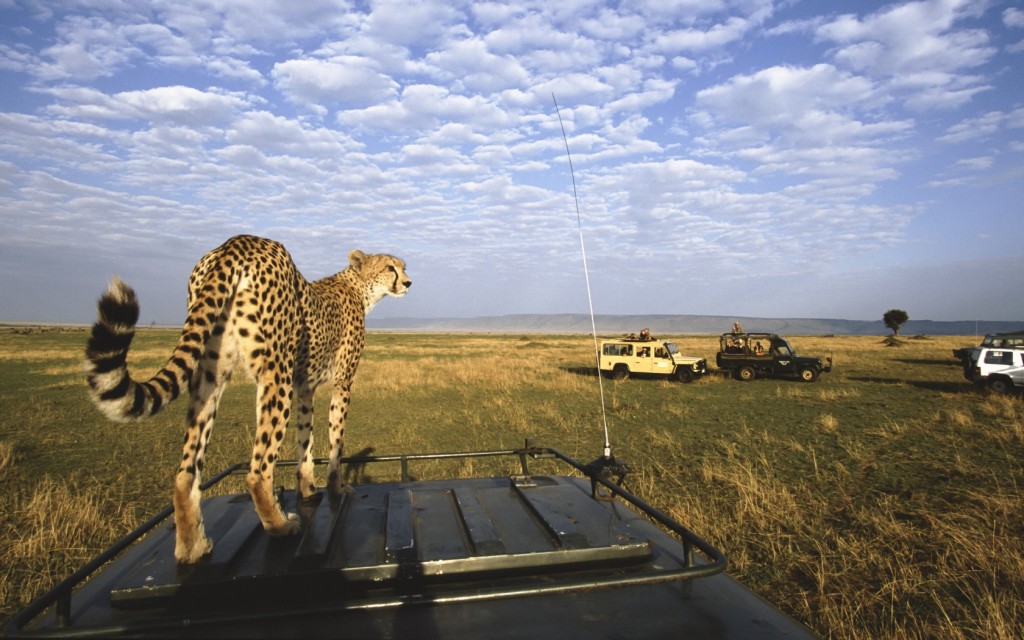 Chobe National Park and Moremi Game Reserve in Botswana, South Luangwe National Park in Zambia and Hwange National Park in Zimbabwe all start to fill up as safari season kicks into high gear. The Great Migration reaches its thrilling peak with the much anticipated river crossings, bringing crowds flocking to northern Tanzania. This is peak season so expect busy roads as packs of vehicles go in search of the best sightings.

Gorilla trekking in Rwanda’s Volcanoes National Park and chimpanzee trekking in the Mahale Mountains of Tanzania are most popular in the dry season, but here you don’t need to worry about crowds due to the strict visitor regulations.

This is a good time to visit Botswana, before the rains arrive in October. Back in South Africa it’s whale watching season. Hermanus and Walker Bay overflow with visitors coming to see Southern Right whales with their calves. South Africa’s flower route from the West Coast to Namaqualand explodes with spring flowers, providing a spectacular nature experience.

As winter in the southern hemisphere draws to a close, the Green Season arrives. A green season safari means all the amazing wildlife destinations without the crowds & premium rates of peak season. Although game viewing is not as prolific, what you see contrasts dramatically with the green wonderland that the rains bring. Photographers love the contrasting backdrops for wildlife and scenery shots with striking cloud formations and lush plains. 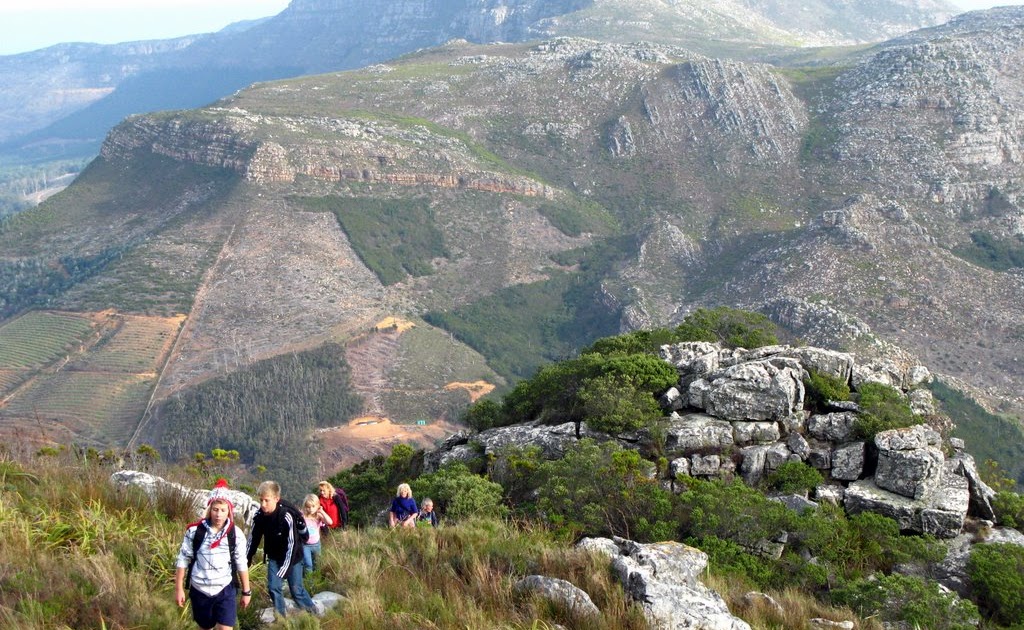 October to November in South Africa is great for hiking and biking as it’s not yet too hot. The mountain slopes and trails are exploding with colour and the blossoms of spring. The coastlines of KwaZulu-Natal and Cape Town are perfection with mild days, minimal wind and none of the December crowds.

The islands of Mozambique and Zanzibar are heating up, featuring balmy evenings, boat rides on calm waters and endless sunbathing. 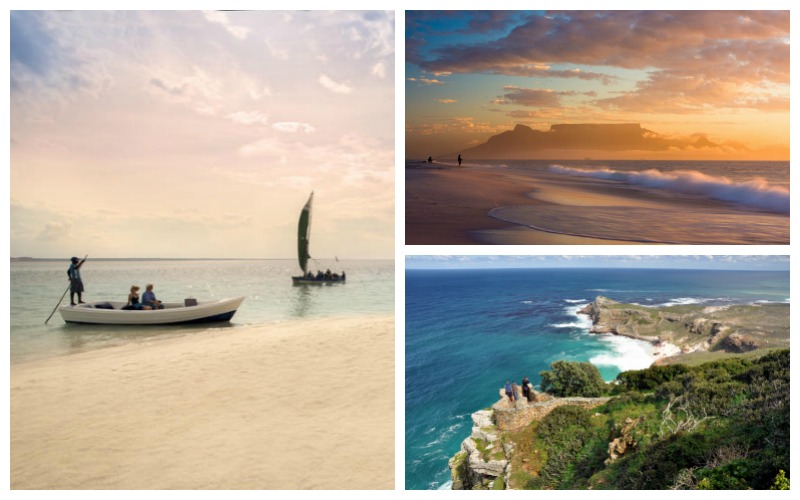 If you need some help perfecting your dream itinerary, drop us a line with your dates, your wish list and a rough idea of budget (if you have one, no problem if you don’t) and let us help you put something together that makes the most out of your time in Africa.