Where to spot African animals this spring

In spring, Africa comes alive with an explosion of animals as new life is born and species head out on the move. Many of these species are indigenous to particular regions, making it easy to plan your safari according to what you want to see.

Part of what makes Africa such a sought-after safari destination is the opportunity to see a huge variety of land and water creatures all year round. That said, spring comes after the rainy season which ushers in the birth of many wild things, making June to October an especially good time to head to game reserves and coastlines to see creatures great and small in their natural habitats. Here’s what you can expect to see in Southern and East Africa in the spring…

Recognized by WWF as one of the top 12 whale watching destinations in the world, Hermanus is must if you want to enjoy whale sightings by land, sea or air. In particular, Walker Bay in the Cape Overberg serves as a mating and breeding area for the Southern Right Whale. Peak calving season is between July and August; thereafter during September and October you can see the mothers and their growing babies swimming and frolicking before they start their long journey back to the icy waters of the Antarctic. Take a scenic flight over the bay, hop on whale watching cruise or take out your binoculars at your coastal hotel and be richly rewarded. 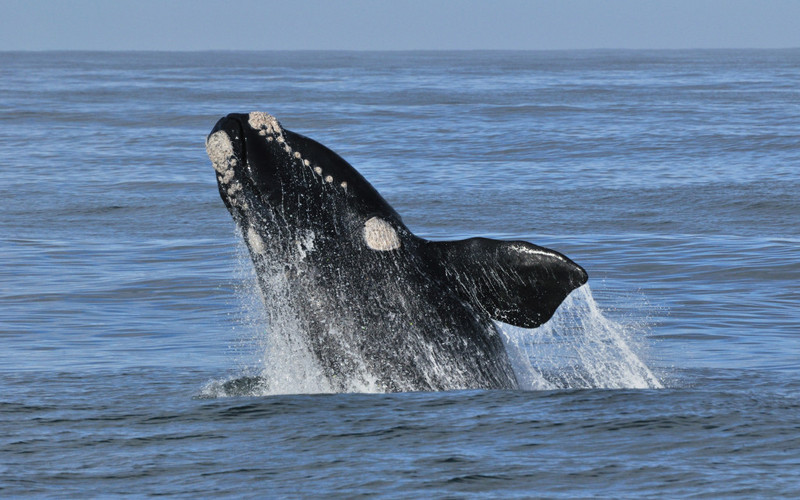 American primatologist, Dian Fossey, brought to light the plight of the mountain gorillas of Rwanda during two decades of study that started in the 1960s. Today, local conservationists vigilantly protect the remaining 480 gorillas living in Volcanoes National Park in the Virunga mountains. Experienced guides lead guided treks and all of the money is funnelled back into protecting these mirror-image giants.

The best time to go is during the dry season of June to September as it offers the easiest hiking conditions and lowest malaria risk. You will need to be reasonably fit to achieve the altitude range of 2300 to 4500m.

Good to know: Permits cost USD1500 per person (that’s just the permit and does not include the cost of the trek). Humans must stay at least 7m away from the gorilla families at all times, as our shared DNA makes them especially vulnerable to contagious human diseases. 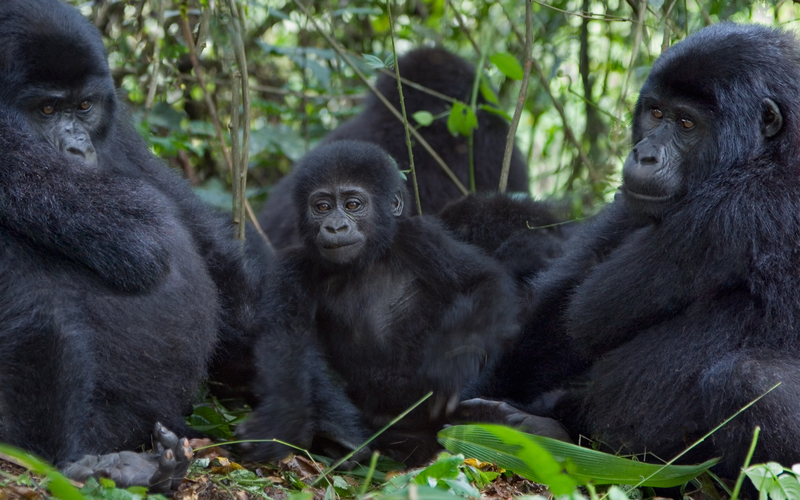 Follow in the footsteps of Jane Goodall and track chimpanzees in the Mahale Mountains National Park in western Tanzania. Located on the shores of Lake Tanganykia, it is home to the largest known chimp population in the country – almost 1700 chimps live within its borders. While you can track the chimpanzees all year round, the best time is during the long dry season from July to October as the chimps descend onto the lower mountain slopes, meaning you won’t have to walk quite as far to catch a glimpse.

Interesting fact: Chimps are not monkeys but are part of the family Hominidae or Great Apes, which also include gorillas, bonobos and orangutans. These amazing animals share 98% of our DNA with us. Coming face to face with one is a surreal experience that feels like looking in a slightly distorted mirror.

Namibia houses the world’s largest rhino population with about 1750 black rhino, making up more than a third of the world’s global population. Unlike the rhino poaching epidemic in South Africa, Nambia has been almost untouched by poaching for the last two decades. Namibia’s black rhinos are unique in that they have adapted to thrive in the harsh desert-like landscape and can survive without water for days. The best place to see this increasingly rare creature is at the floodlit waterholes of Etosha National Park, where they congregate to drink during the dry season between May and October. 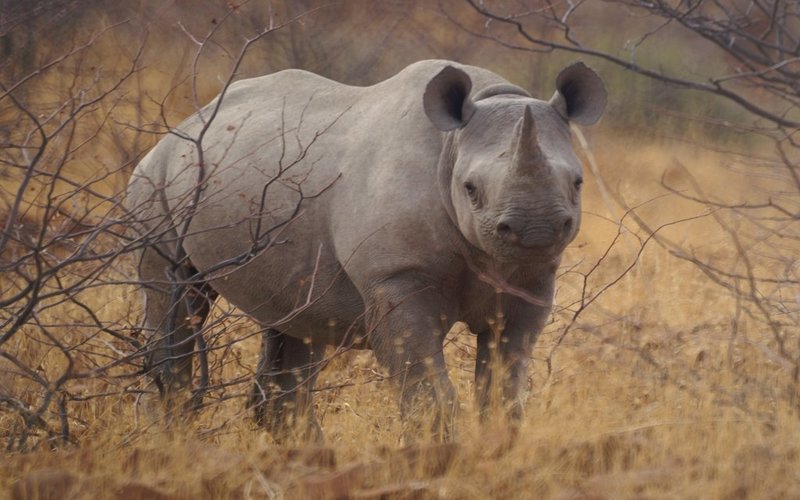 If you’re longing to spot gorgeous baby animals in South Africa’s Kruger National Park, most species (including the big five) can give birth all year round. But the dry winter season between June and September makes for especially great game viewing as the bush is sparse and animals seek out water at open waterholes. Species that give birth specifically between the months of June and September include the brown hyena, aardvark, warthog and buffalo. Bring your camera and binoculars and get ready for a cuteness overload. 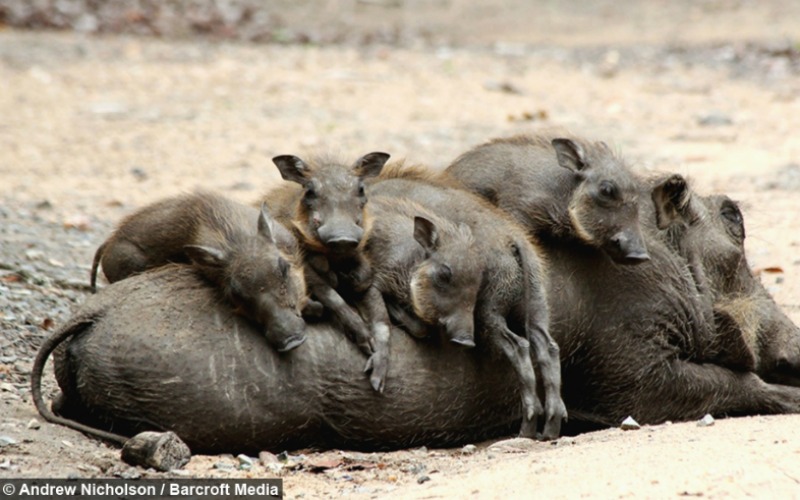 Our travel consultants can help you put together a safari package that ticks off all the animals you would most like to see. If your dream is to see something we haven’t mentioned here, drop us a line and we’ll let you know the what, where and how of making that happen. Give us a call or fill in our super quick enquiry form and we’ll get straight back to you.