Seven things to do in Mauritius

Mark Twain once wrote: “You gather the idea that Mauritius was made first, and then heaven; and that heaven was copied after Mauritius”  – and we couldn’t agree more. With its sensational white-sand beaches, magnificent golden sunsets, storybook natural beauty and top-class accommodation, Mauritius is often referred to as the “Pearl of the Indian Ocean” and is the ideal destination for a romantic escape or adventure-filled family vacay. We bring you seven things to do, island-style

Officially the Sir Seewoosagur Ramgoolam Botanical Garden, the popular garden near Port Louis is in fact the oldest botanical garden in the Southern Hemisphere and is most famous for its massive lily pads, housed in a 90 metre long lotus pond. Wander along the many garden paths and discover the vast range of plant and tree species, as well as small creatures including tortoises, deer and a selection of birds. 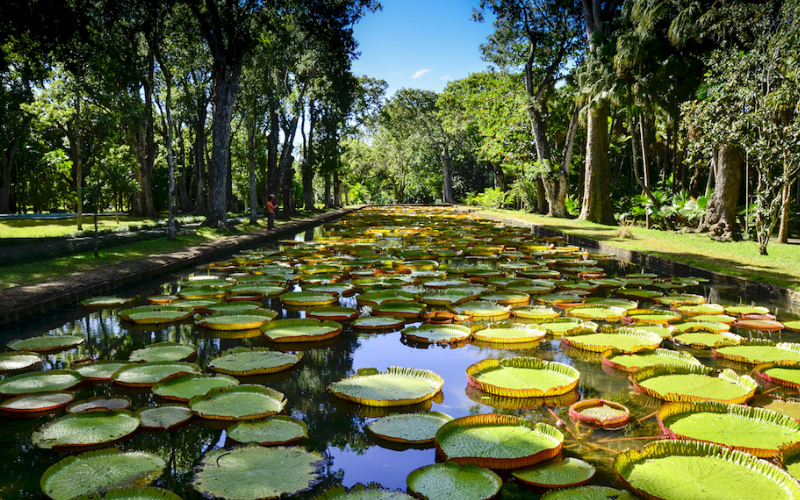 See if you can find: The very special twisted baobab amoureux (“Baobab in love”).

Take a hike in the spectacular Black River National Park

With over 60 kilomteres of hiking trails, the lush, unspoiled terrain of this park provides the perfect stage for an exhilarating hike. The dense coastal forest is home to some 300 species of native plant as well as nine kinds of endemic birds, including the kestrel and fody. Choose an easy trail or a more challenging route – either way, you’ll find magnificent views along the way. Stop for a rest at the Plateau Remousse viewpoint and enjoy the sheer beauty of the landscapes. 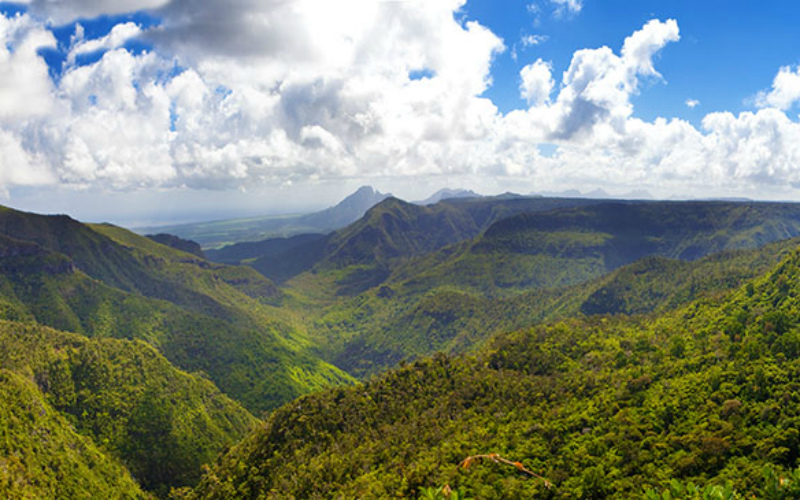 Keep an eye out for: The Mauritian flying fox!

Marvel at the Seven Coloured Earth

A result of the earth’s conversion from basaltic lava to clay, the Seven Coloured Earth at Chamarel is a natural phenomenon consisting of undulating sand dunes made up of different colours. Various observation decks allow you to take it in from many angles. It’s prettiest at sunrise so if you can make a crack-of-dawn visit, it will be well worth it.

Combine this with: A trip to the gorgeous Chamarel Waterfall – stunning photo opportunities here – or a visit to Rhumerie de Chamarel to see how rum gets produced and of course, to sample some.

This natural lake fills an extinct volcano crater and is the most sacred Hindi place on the island. Visit the temple dedicated to Lord Shiva and take a ‘lucky’ dip in the lake during the Shivratri Festival. Admire the many statues along the shoreline, especially the 33 metre statue of Shiva that greets you at the entrance. It is in fact the second largest statue in the world. 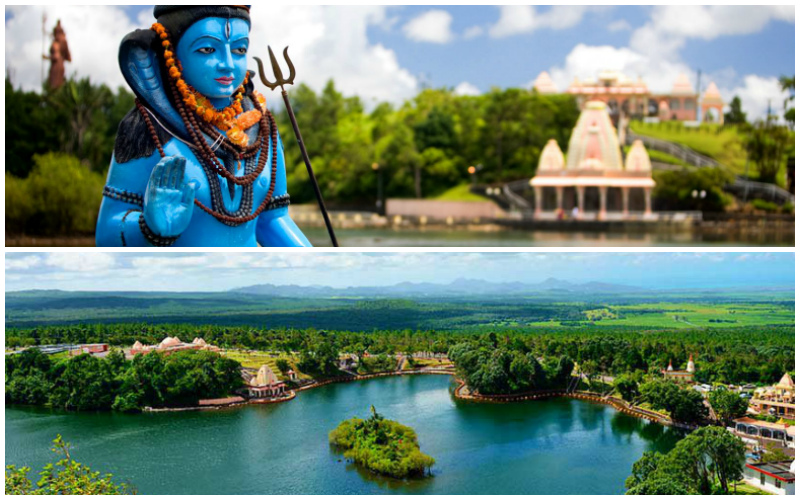 With its wonderful French colonial architecture and variety of shopping and entertainment venues, Port Louis is the perfect place to sample local life. Head to Central Market for some market-style shopping (think crafts, textiles and spices), or for a more upscale shopping experience, there’s Le Caudan Waterfront with its fancy boutiques. A visit to Port Louis is an immersion in the energy and colour of the island. 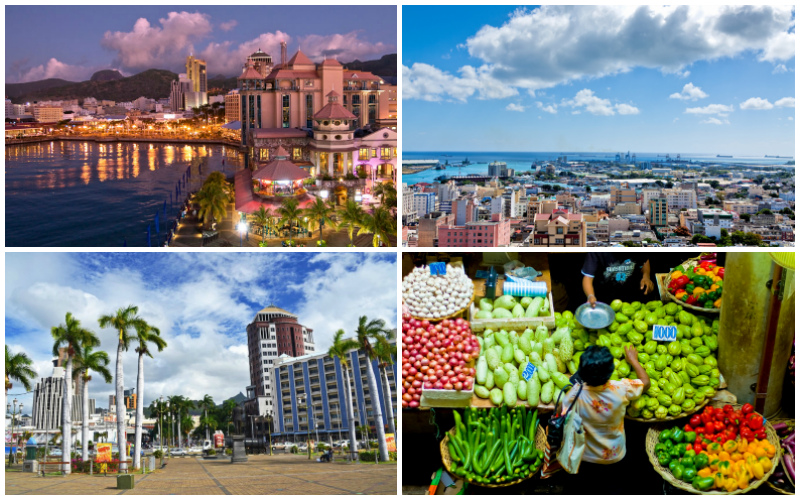 For the history buffs: Head to the Natural History Museum where you’ll see, among other things, the reconstructed skeleton of the now extinct dodo bird.

Frolic with the dolphins

One of the most memorable things you’ll do is to go dolphin spotting on one of the island’s popular dolphin cruises. Take an early morning boat from Tamarin Bay or Flic-en-Flac and spot these lovable creatures enjoying a refreshing swim. 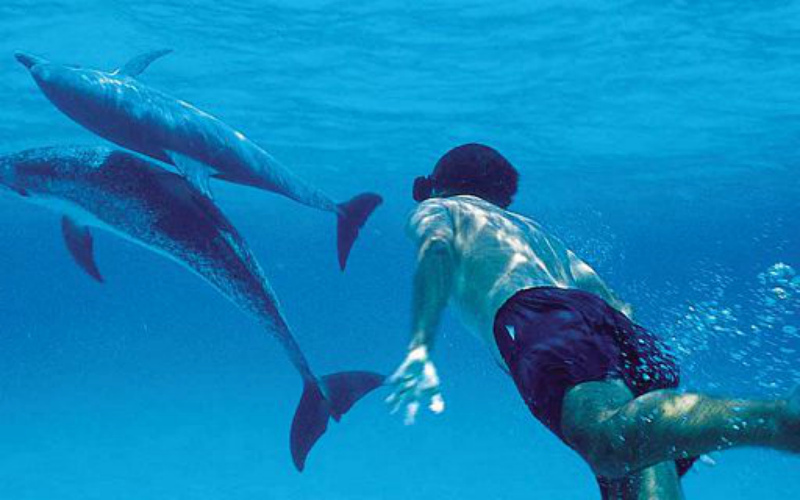 This secluded island in Mahebourg Bay is a coral limestone nature reserve, unlike the mainland which has volcanic origins. Remarkably, it is uninhabited by humans. This is where you can find the remnants of the dry coastal forest that once covered the whole of Mauritius. 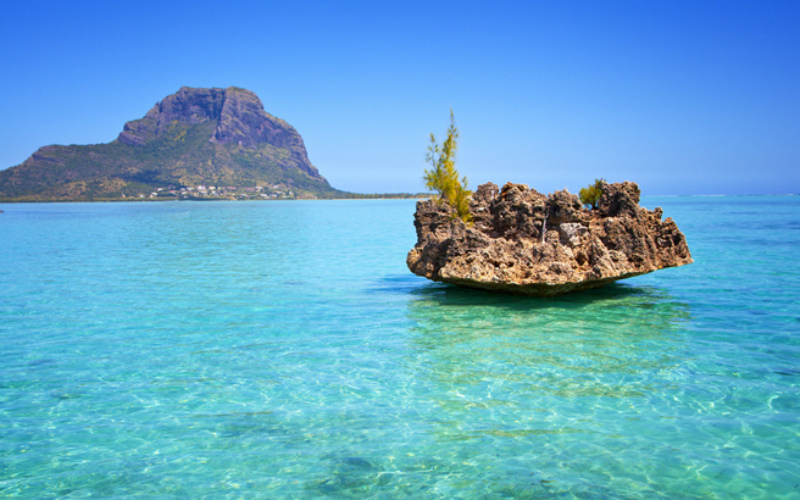 Seeing pink: This island is home to the Pink Pigeon which has been rescued from the verge of extinction.

Need some help planning your Mauritius itinerary? Our consultants know the best places to stay and can help you combine your island escape with a safari. Get in touch for no obligations advice.