5 Safaris In Africa You Don’t Want To Miss

With a smorgasbord of options, choosing your safari in Africa feels like combing through an embarrassment of riches. But that is the simple magic of this continent – no matter how often you come back, there is always more to see.

So what do we say to travellers who ask us for the ultimate, must-do, Africa bucket list safari trips? Our consultants put their heads together and came up with their top 5 safaris in Africa you don’t want to miss. 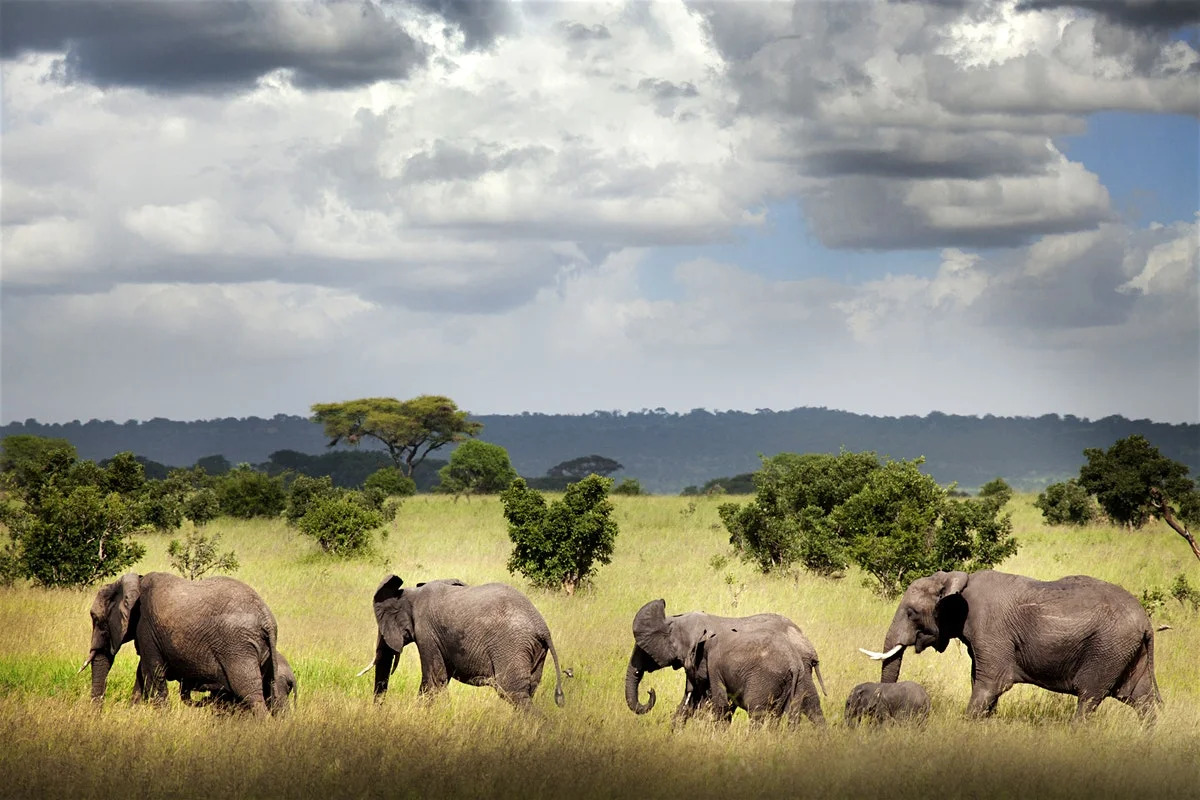 Ruaha is the largest national park in Tanzania spanning 5,000 mi2 (12,950 km²). It is also one of the lesser-known reserves and, despite its size, has only a handful of lodges, so your safari experience is truly an exclusive one.

This makes Ruaha the best-kept secret in Tanzania – but there’s more. The game viewing here is also second to none. The park has an incredible diversity of animals which is only exceeded by the immense numbers.

Here you’ll find the largest elephant herds in all of East Africa (some featuring up to 10,00 elephants!) as well as all the big cats and the rare wild dog.

If you’re an adventurer at heart whose soul craves one-of-a-kind wildlife experiences, Ruaha will tick all your boxes and then some.

We love: The Great Ruaha River runs along the eastern boundary of the park. It’s around 450km in length and is an excellent site for bird watching, as the vegetation along the river banks is home to many water birds. The river is also prime game viewing territory, especially in the dry season, as animals of all species crowd its banks to quench their thirst. 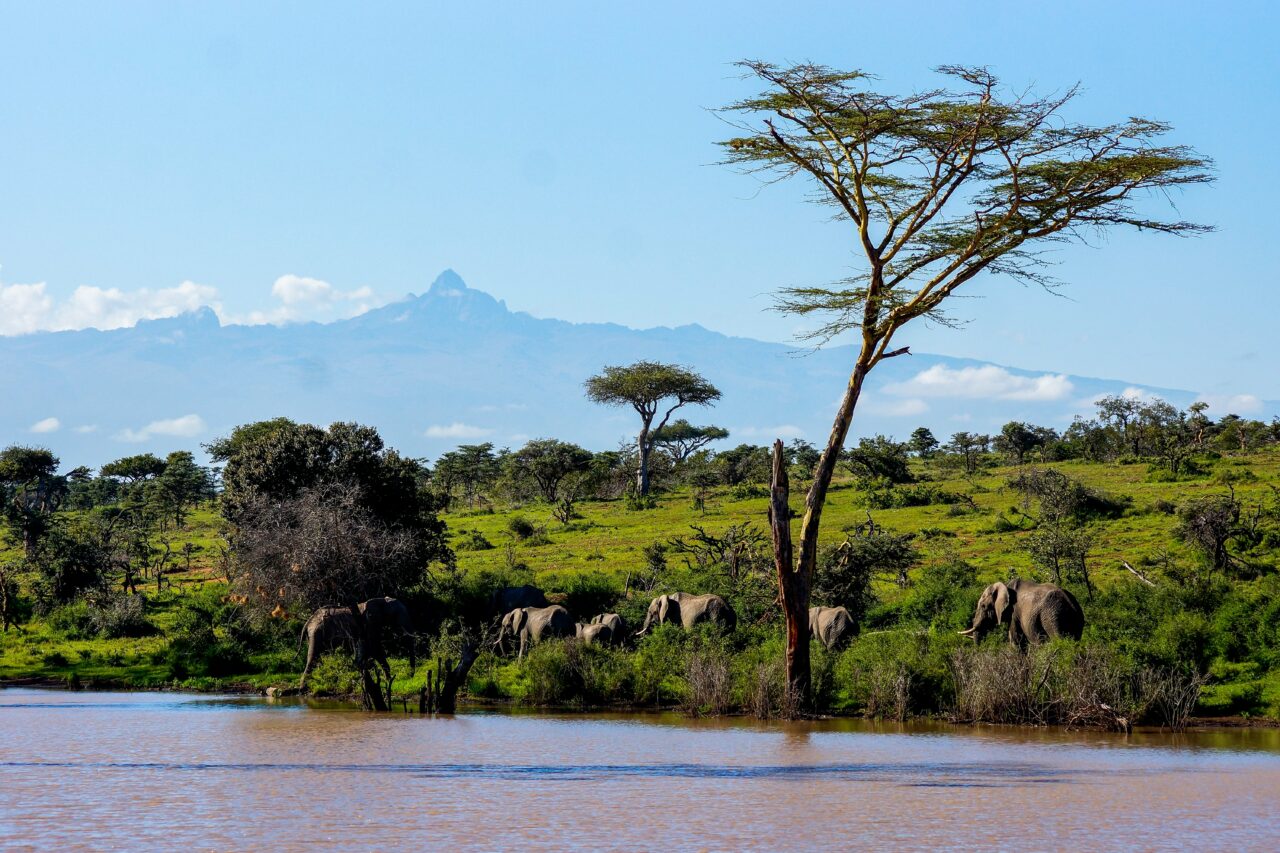 To the northeast of the Great Rift Valley in Kenya, you’ll find the vast plains of the Laikipia Plateau. The endless landscape unfurls in the shadow of the snow-capped Mount Kenya and is dotted with farms, cattle ranches and conservancies.

In this unique place, communities and wildlife coexist peacefully and people work together to protect biodiversity in the region that includes the endangered black rhino, Grevy’s zebra, reticulated giraffe and rare wild dog.

Laikipia is just smaller than Wales and is one of Kenya’s best-kept secrets. There are fewer visitors than in other safari destinations and the camps and lodges are all family-friendly. This is the place to go if you’re an adventurous soul.

You can visit wildlife conservancies like Lewa Downs and Borana for traditional safari activities that include game drives, walking safaris and photography safaris. Or, if you want to stretch your imagination, you can head further north to the ranches for community and adventure experiences like horseback riding and camel safaris.

We love: The Lewa Wildlife Conservancy, a sanctuary for the critically endangered black rhino and the endangered Grevy’s zebra. At Lewa, you’ll have one of the most exclusive and personalised safaris in all of East Africa, experiencing everything from visits to local community schools to anti-poaching demonstrations with a chance to meet the heroic tracker dogs. The Lewa approach to safaris is one of absolute authenticity; something that will stay with you for a lifetime. 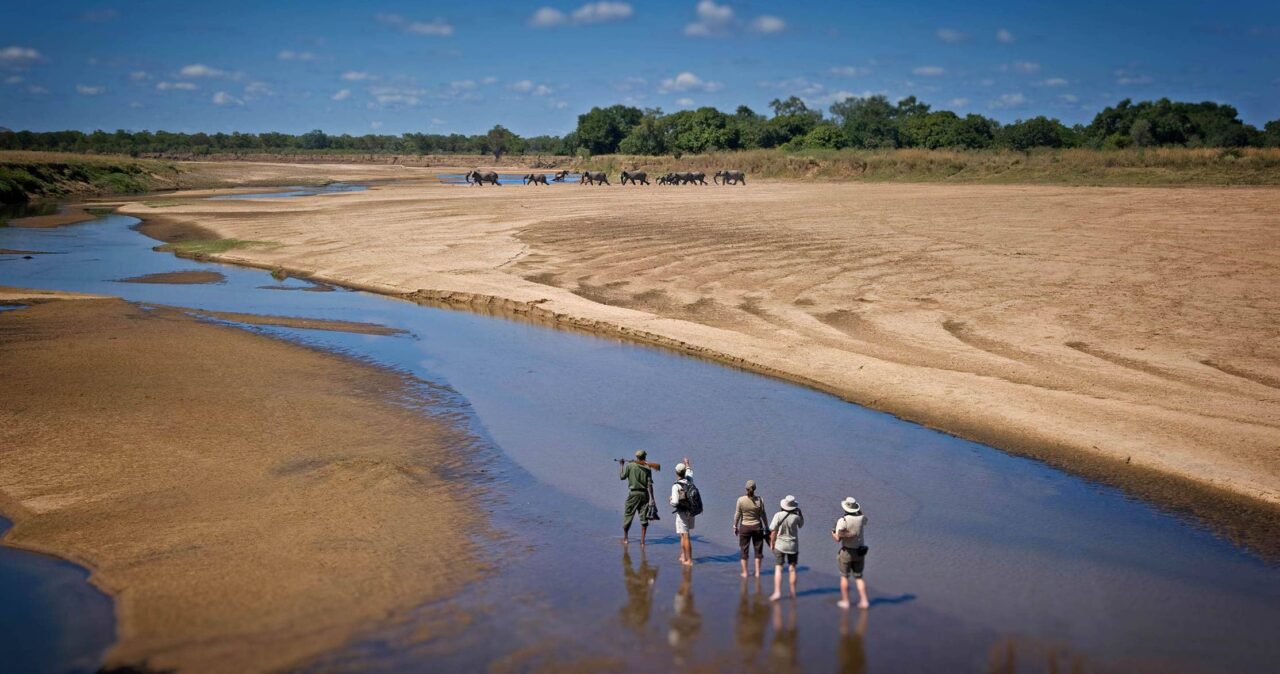 South Luangwa National Park is the jewel in eastern Zambia’s crown. Known simply as ‘the South Park’ to locals, it spans an impressive 9050 sq. km across the Luangwa Valley floor.

Few parks in Africa come close to the breathtaking density of game in South Luangwa. The landscape is varied with grassy plains giving way to green woodlands, their soil nourished by the immense and pristine Luangwa River. And it is here at the river that animals gather in enormous numbers.

Elephant, buffalo and giraffe in their hundreds come to drink, watched by the deadly eyes of the crocodile and the lazy smirks of the waiting lion.

Zambia is the birthplace of the walking safari and these trips in South Luangwa are exceptional. You can enjoy a gentle morning stroll in the bush or test yourself on an overnight hike between camps that can last for several days.

You’ll feel like an explorer of old, donning your khaki and taking on the might of the African bushveld.  A walking safari in South Luangwa is a spiritual experience and one of our absolute favourite safari attractions.

We love: Bilimungwe Bushcamp is an authentic wilderness escape in the remote southern part of the park. Their most famous resident is Harry the Hippo, a playful fella who loves to splash around in his private waterhole and is very amenable to meeting guests. There is also a secret breakfast spot at the edge of the Luangwa Valley where you can watch the sun rising over the Chindeni hills. 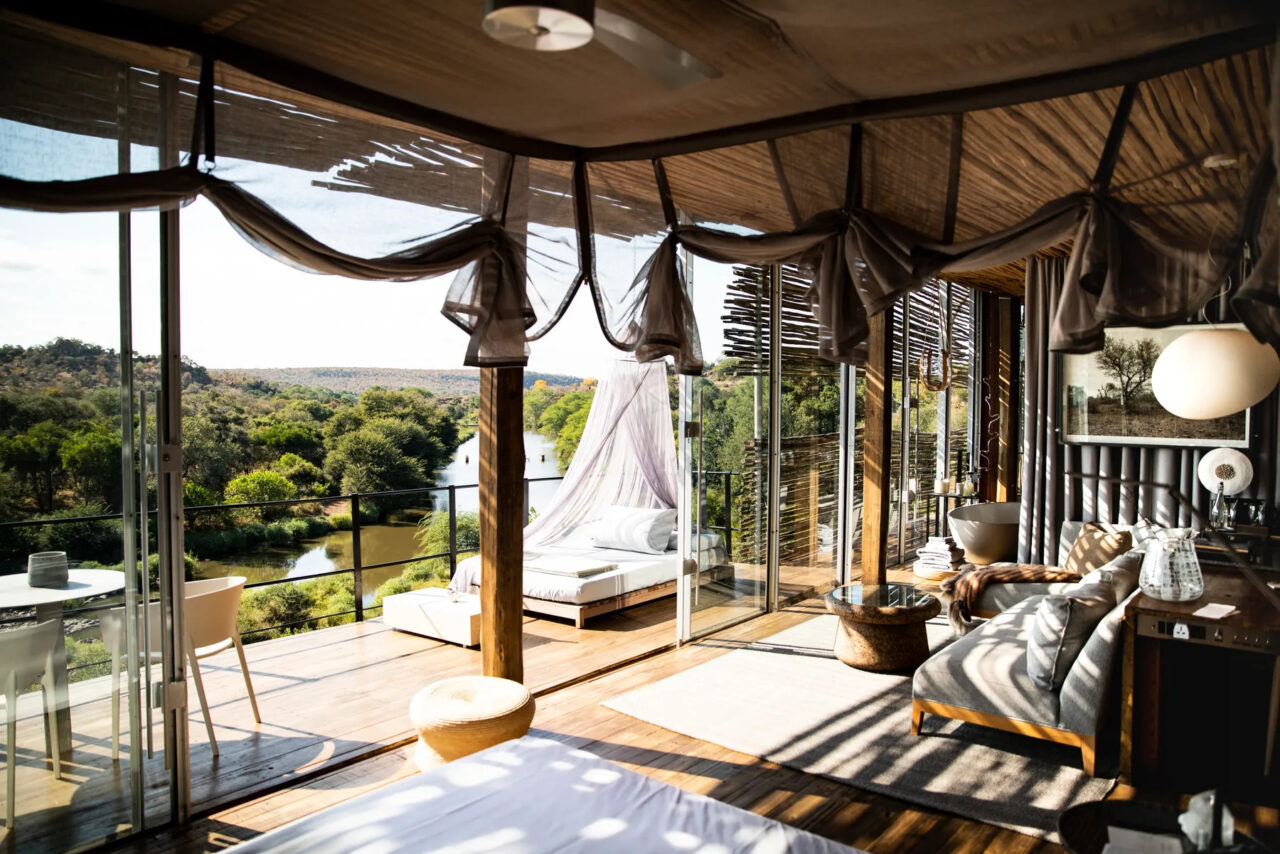 Singita is arguably the best luxury safari company on the continent, so it would be remiss not to mention at least one of its South African lodges. Lebombo is in Kruger National Park and has a contemporary style that doesn’t detract from its spectacular setting, overlooking the N’wanetsi River. You’re pretty much guaranteed to see the Big Five — and much more — as well as enjoying excellent food (think fine-dining dinners) and top South African wine. Lebombo is also home to a cooking school for people who live around Kruger; guests can book a cooking class to support the project.

In the arid desert landscape of northern Namibia lies a shimmering white expanse of clay and salt that spreads across 5,000sq km. This is the Etosha Pan, the largest salt pan in Africa – so large, in fact, that it’s visible from space.

The pan takes up a quarter of the Etosha National Park and is easily the reserve’s most dramatic feature. Scattered around the salt pan is a multitude of watering holes, precious life-giving sources in this otherwise inhospitable environment.

The flat landscape and scattered watering holes make this one of the best places in the world to view game. Enormous elephants, shy leopards and gangly giraffe stand out clearly against the moon-like backdrop, tentatively inhabiting the same space as they all strive to survive.

Etosha was named after the Ovambo word meaning “the place where no plants grow.” It’s home to a bounteous population of critically endangered black rhinos; Namibia’s rhino conservation programme being one of the most successful in the world.

The best activity here is to simply sit and stake out a waterhole, waiting for Noah’s ark of animal herds to arrive.

We love: There’s nothing like the sight of 1 million magenta flamingoes all gathered in one place. As the only known mass breeding ground for flamingoes, Etosha is the sole locating where you can witness this remarkable spectacle.